A Week in the Life of an Entertainment Effects Employee

Preparation for the week ahead

Being a special effects supervisor is certainly a varied job, and no two days are the same. Entertainment Effects employees don’t work a standard Monday to Friday week, and because most events are held at the weekend, Saturdays and Sundays off are rare.

On the Monday and Tuesday of a hectic November week, there were no events planned, but Phil was hard at work in the office on both days, preparing for the week ahead. Starting at around 08:00 and working until 20:00, the team were busy rigging pyrotechnics for the weekend’s sports events, programming the computers and making the final adjustments to the rain curtain for Wednesday’s product launch.

Wednesday: Rain curtain installation for a product launch in Liverpool 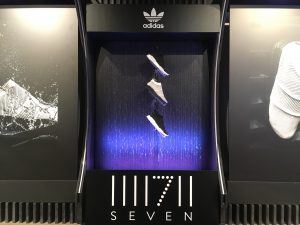 The team drive the 200 miles to Liverpool from Hatfield to meet with a local agency crew who are helping to install the rain curtain. The shop where the product launch took place closed at 17:00 and the team had just 2 hours to complete the installation in time for the event.

The Liverpool One shopping Centre is huge and it’s like a maze from the loading bay to the shop; they had to navigate lifts, narrow doors and sharp corners. When the team finally reached the shop, the product doesn’t fit in the space allocated. The client has incorrectly measured it, so a new location had to be decided on – the middle of the store, rather than the entrance. The event ran from 20:00–22:00. The curtain is removed and Phil drives south to be closer to the job for the next day. 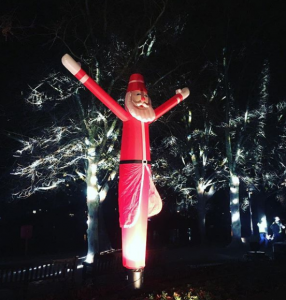 At 07:00 Phil left the hotel and travelled to Bedford, arriving at 10:00. Entertainment Effects rig a large firework display which included flame jets, an exciting Santa reveal, lighting, pyrotechnics and voiceovers. Clear up and return to the office took place at around 22:00. The team then do 2 hours’ prep for the weekend’s jobs; unfortunately this could not have been done earlier as the equipment was in use for other events.

Friday: A day at the office

Starting at 08:00, Phil continues prep for the weekend’s jobs. Some hired equipment turned out to be faulty when tested, so the hire company is called, who in turn call the (French) manufacturer. Phil speaks with an employee who is on a train in France. He manages to log into our computer and access the flame machine and change some setting which was affecting the machine. At 17:00 the team leave the office and drive 400 miles to Edinburgh, arriving at midnight. 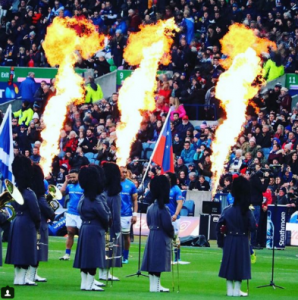 At 07:00 Phil drops off some fountain equipment Entertainment Effects had hired, to a firm in Edinburgh, before making his way to the Van Hire Centre to pick up a second van for the crew heading to Glasgow for another event tomorrow. Unfortunately, the reservation had been lost, and no vehicles are available. At 08:30 he arrives at Murrayfield Stadium, and Phil then has to lend his vehicle to the crew to enable them to get across to Glasgow.

At 09:00 Phil meets the client and preps the show, which begins at 14:30 with team entrance pyrotechnics. After the event he has to wait for the crew to return from Glasgow to pick him up and drive back to Glasgow. At 18:00 at the venue, Phil spends 2 hours preparing for the following day’s show.

Phil arrives at Hampden Park Stadium at 08:00 to prep the show. At 15:00 Entertainment Effects fire the team entrance, followed by a pyrotechnic display at 17:00 for the trophy presentation, which included roof pyro. After the game, because they were one van down, all the kit won’t fit in our vehicle, so one crew has to drive half the kit back to our Edinburgh store before returning to Glasgow, while the other crew removed the kit from the roof. At 20:00, the team departed Glasgow and drove to the Manchester area, arriving at midnight.

Monday: Installing a fountain at a National Trust property on the way home from Scotland

At 08:00 Phil and the team arrive at Dunham Massey, the National Trust stately home, where a fountain is installed before heading back home at 13.00. Following a quick stop at the office at 16:00, Phil heads home at 17:00 after a particularly tough week which involved many jobs, lots of travel and several unplanned issues to overcome.

Next week, they’ll face a different set of challenges – it’s all in a day’s work for a visual effects supervisor!