The next time you go to a professional firework display, see if you can count the number of different patterns in the sky. You might not know the names, but you’ll probably witness common formations including peonies, Roman candles, crossettes and waterfalls. You might even be able to make out special shapes such as hearts or smiley faces! But have you ever wondered just how fireworks are designed to burst into different shapes?

Anatomy of a firework 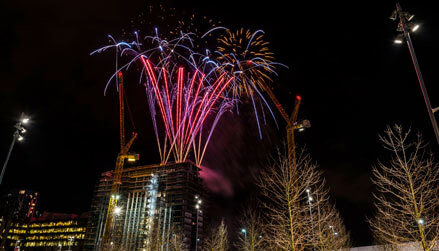 The secret of a firework’s shape lies in its shell, the paper or cardboard container that holds everything in place. Inside the shell, there are usually three different components:

All of these key components inside the firework shell come together to affect the appearance of the fireburst. The fuse and bursting charge determine exactly when the firework will explode, while the position and arrangement of the stars inside the shell determine its trajectory when it bursts – and therefore the shape it makes in the air.

Popular firework shapes and how they’re made 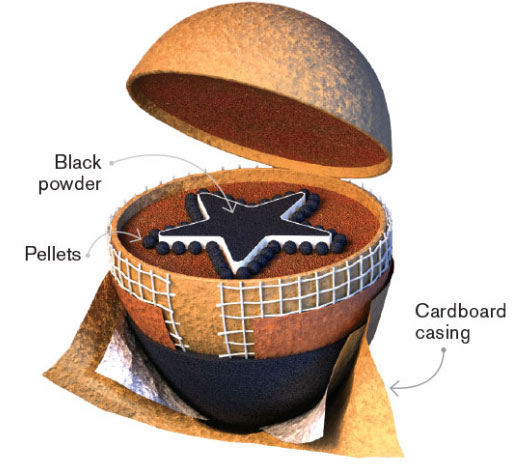 It’s only fairly recently in the  history of the firework that we’ve been able to manipulate them to make shapes in this way. The first fireworks were primitive firecrackers that didn’t do much other than make a bang! But thanks to developments in science, we can now create some spectacular pyrotechnic effects.

Firework shapes such as stars or hearts are created by packing the stars inside firework shells in the desired formation, using a cardboard insert. That’s all it takes to create an impressive shape in the sky, although pyrotechnicians will often fire several of these fireworks at different angles, so that they can be seen and appreciated by the whole crowd. (At the wrong angle, you might just see a line of bursts that don’t resemble anything.)

There’s no limit to the creative effects that can be achieved with the right specialist knowledge, but there are some old favourites that appear again and again.

Whether you’re after heart-shaped illuminations for your wedding or butterflies for a unique celebration, the best effects are always achieved with the help of a professional firework specialist. They can advise on the aesthetic effects you’re after, as well as ensuring that your firework display is completely safe.