We deal with a lot of logistically complicated events here at Entertainment Effects – events that ideally require weeks of detailed and intricate planning. But we know that sometimes, for whatever reason, you need us to pull off an impressive special effect for your event without much notice. Well, we love a challenge, so we’ll always do our best to rise to the occasion! Here’s the story of one of the last minute event requests we received recently.

First thing in the morning, we received a call from a local council who needed our help. They had advertised a firework display as part of the town’s Christmas Light Switch On, to take place later that day. Having been let down by their existing firework company, they were in urgent need of an alternative crew to jump in and save the day. 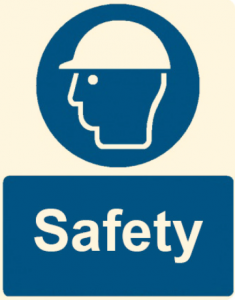 Now, as much as we want to fulfil all the last minute requests that we receive, we needed to think carefully before accepting the job. We had to consider if we could turn round a display in a little over 8 hours (bearing in mind that many of our firework displays are planned several weeks in advance.) Our decision would be based on many factors including crew and stock availability, show design, preparation, transport, site specific details, Health and Safety, and more.

At 10:00, after some deliberation, we decided that the job was possible and diverted a crew member who happened to be on-site at a different job close by, to complete a site visit. This was essential, as the display was to be fired from the roof of a car park, which involves many more complications than, say, a field.

With the site visit complete, our crew member met the client to discuss the show in more detail and start event planning in earnest. At that point we discovered that the car park had a height restriction so our van wouldn’t fit. Fortunately, we managed to advance a (small) hire van we’d booked for the following day, which would fit in the car park.

At midday, the show was designed and prepped. Because of our on-site firework store we were able to access everything we needed straight away, thus saving valuable time and enabling us to focus on the important job of event preparation. We also completed a site-specific health and safety document that took into account the unique features and restrictions of the proposed venue.

At 16:00 the team arrived on-site to set everything up. Being winter, it was already getting dark, which makes setup much trickier. At this point, some cars were still in the car park, so we had to carefully consider the firing position.

At 19:00, our ten-minute firework display began, and the crowd enjoyed a festive spectacle to get them in the mood for Christmas. Due to our careful planning and expertise, everything went without a hitch, despite only having had a few hours to prepare.

After the display, we cleared the site and headed home (Phil, director at Entertainment Effects, was careful not to forget to stop and buy the wife some flowers as an apology for not taking her out for dinner as planned). Luckily, Phil’s wife is used to the nature of any last minute event requests Entertainment Effects receive – it’s just part of life as a special effects co-ordinator.