Arsenal are the F.A. Cup’s most successful football team with thirteen victories, as well as Arsene Wenger being the most successful manager with an incredible seven wins to his name.

As the final whistle was blown at Wembley and the players and fans celebrated, the team at Entertainment Effects started to put the wheels in motion to activate a plan for the following day’s victory parade around North London. We were due to be providing Special Effects for the team when they returned to the stadium, which in this instance was a huge confetti shower utilising eight Master Blaster and four Stadium Shot Confetti Machines.

CHALLENGE
Victory parades have to be planned well in advance of the match before the result is known, so the job is not always guaranteed.

The club doesn’t want to pay full price for the services if they end up not utilising them, so a flexible approach has to be delivered by all suppliers.

SOLUTION
The Entertainment Effects team agreed two prices with the client (a fire and non-fire charge), so, in turn, we push our suppliers for some flexibility to help us achieve this.
RESULTS
Arsenal won and our plan rolled seamlessly into action! Thousands of fans cheered and celebrated with their football heroes whilst thousands of red and white confetti shapes fell from the sky around the Emirates Stadium. 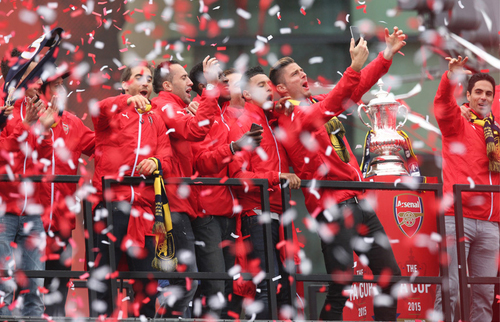 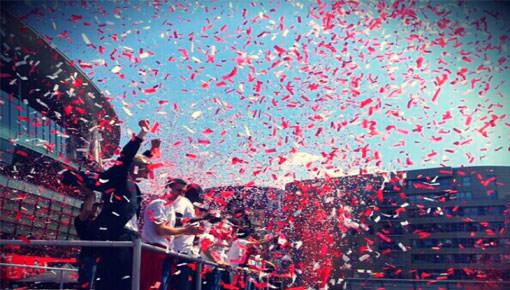