We were called by Iconoclast TV to assist them in the filming of a new music video for the Irish artist, Dermot Kennedy.

There was a very tight timeline as Dermot was flying off to the US as part of a 32 date tour, so the video had to be produced in just two weeks.

Usually, our special effects only make up part of a music video, but in this instance, the water was a pivotal part of the video, with different forms of water required throughout the duration.

The venue hadn’t even been booked, so there was a lot of work to do. First, we had to agree on the concept with the Director, so we set up a demonstration at our warehouse to showcase a variety of different effects which we had to offer.

A request was made for a very light mist, a huge deluge from above, a powerful horizontal blast and a jet to be fired directly into the back of Dermot.

The initial feedback was positive but we were a little shocked by the request to significantly increase the amount of water. Usually, catching the water is the biggest concern, ensuring that we don’t soak the venue, but we were told to focus on creating as large a flow as possible.

After several days of searching the internet, talking to firemen, and testing different effects, we managed to develop a solution for each of the effects.

The Excel Centre in London was booked and we ordered some giant tarpaulins to cover the floor to help catch all of the water.

Dermot was interviewed about the new single and described the filming of the video to be “fun, challenging and crazy”, and from the behind-the-scenes picture below, you can see definitely see it lived up to all three!

For much of the shoot, Dermot was suspended on wires to prevent the force of the water from knocking him over. He was an absolute professional throughout, which you can see from the pictures and final music video below. 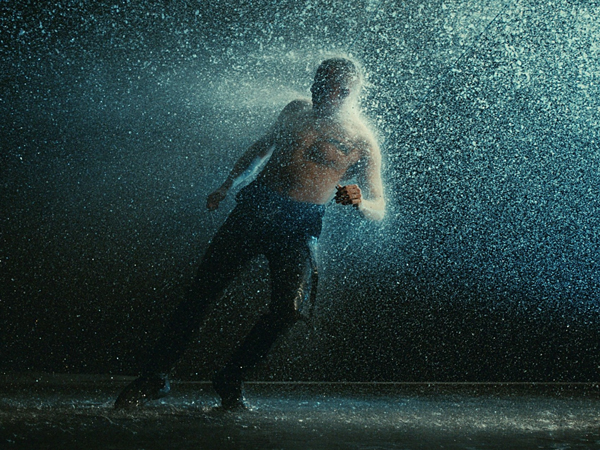 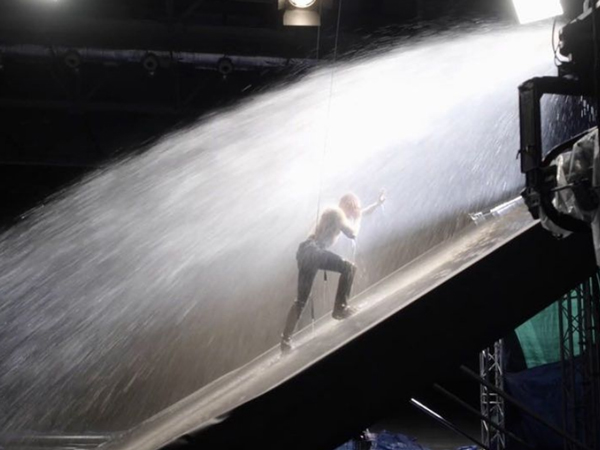 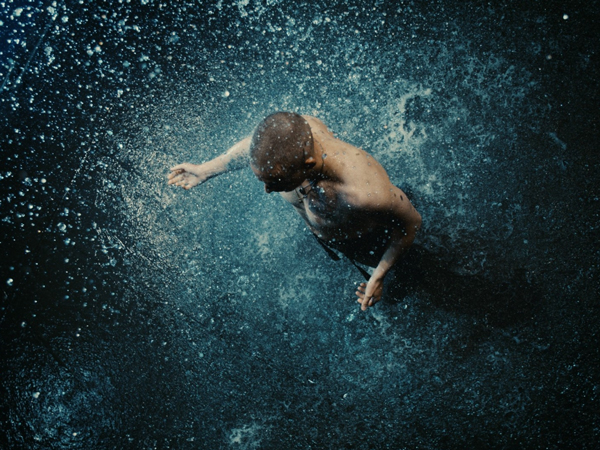