Having hired some equipment to this client previously, he then approached us with a much larger task and asked for our help and expertise in delivering the Fifa E-World Cup final at the O2.

We were working in the O2 surrounded by hundreds of thousands of pounds worth of tech – being an e-sport event, they of course had nothing but the best.

The client wanted the confetti, flames and Sparkular’s all within close proximity to people and objects. Initially, we just had a floor plan to work off but this was proving difficult – especially as the plan was to fire confetti through a gap between two huge LED screens.

The shape of the stage and the players walkout route was also very hard to visualise.

Our team went on a site visit with a piece of each equipment that the client wanted to use.

The team spent some time there, carefully judging launch angles and positions for the four Stadium Shots we were to use for the trophy lift at the end of the event. This ended up being the easier of the plans.

The event ran very smoothly with the Sparkular Cyclones being used for player walkouts, adding a great effect.

The flames on the other-hand were used for the player entries during the finals and really added to the atmosphere.

The confetti from four Stadium Shots filled the huge venue perfectly, missing all the screens but fluttering down nicely! 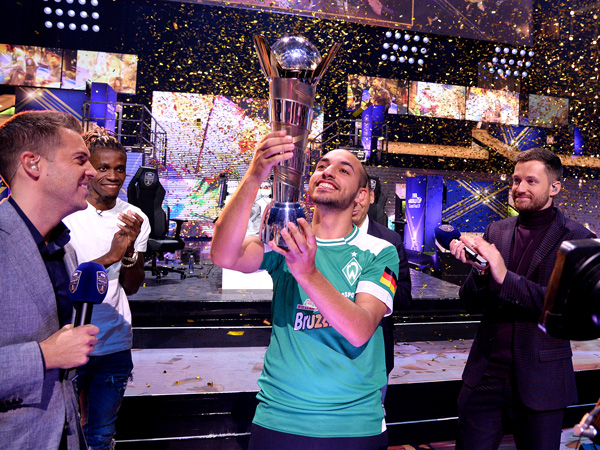 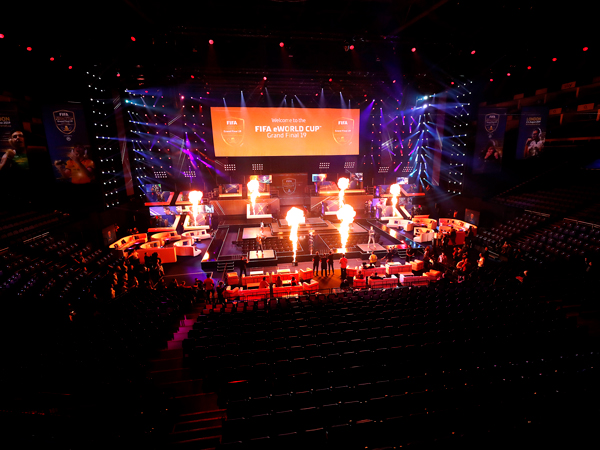 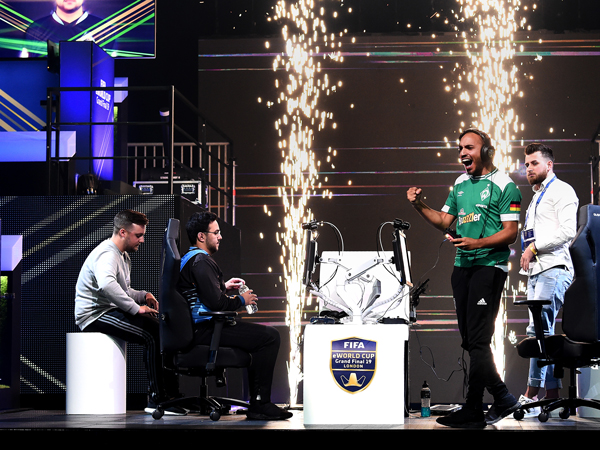