The Women’s Cricket World Cup was an international tournament that took place in England. Eight teams qualified to participate in the tournament and competed in thirty-one games across five venues.

Entertainment Effects were approached to supply some Special Effects for every match across the month long tournament.

The main challenge was brought about by fixture congestion – the tournament schedule meant that on certain days, four matches were being played simultaneously. This meant that we would require dedicated special effects equipment for each venue. We had previously provided Flame Effects for another international tournament, but there was only one game per day which enabled us to move equipment between matches.

The cost to supply Pyrotechnics Special Effects at four consecutive matches became cost prohibitive against the budget, so our had to find an alternative product.

We presented a different product to the client – our Colour Blast Banners. The product comprises of a powerful air fan and a large sheet of coloured material. When the fan is powered on, the coloured material ‘fly’s and flutters’ in the air. The product is a great cost effective way to bring some colour to an event.

The purchase cost of the Colour Blasts is significantly less than the special effects products, which enabled us to provide sixteen units at each of the four venues within the available budget.

The coloured banners were located around the perimeter of the pitch and were flown at key moments of the match including wickets, sixes and fours.

The banners were produced in four different colours to match the event branding and some were also branded with the event logo.

The final in London, at which England won against India by nine runs, was a fantastic event with a sell-out crowd! 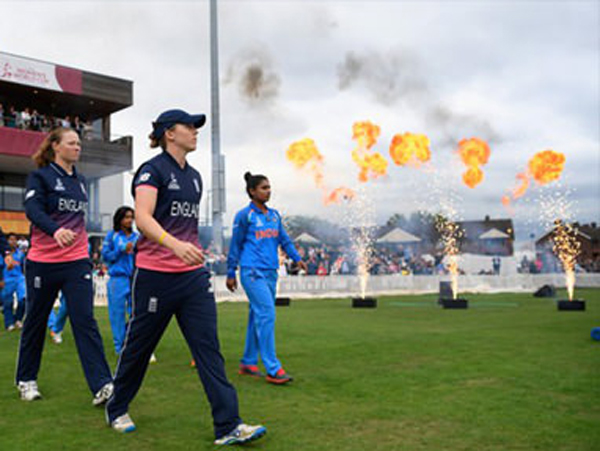 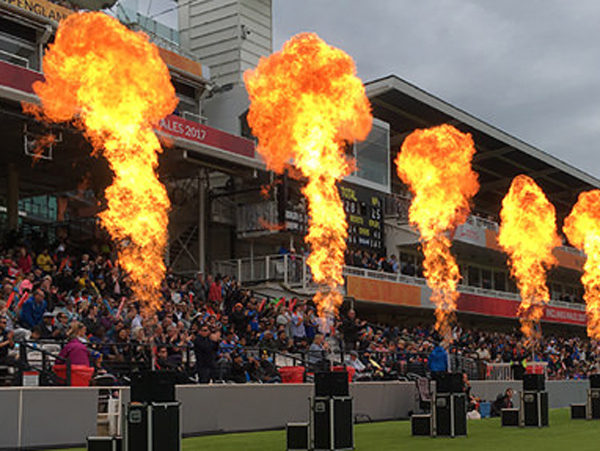