Lewis Capaldi rose to prominence after the self-release of his first single quickly amassed 28 million plays on Spotify worldwide, making him the fastest ever unsigned artist to reach 25 million plays on the platform.

He supported well know acts including Sam Smith and Rag ‘N’ Bone Man on their European tours before venturing out on his own solo tour of the UK.

After speaking with the venue, our team were informed that pyrotechnics were not allowed. Instead we offered the new Sparkular effect as an alternative, which the venue was more than happy to approve usage of.

We have a range of options for firing the confetti, so we asked the client what they were trying to achieve and discussed the pro’s and con’s of each device, eventually opting for two Master Blasters which could be fired out over the crowd and across the stage.

We were all set, then the day prior to the event we received a call requesting a last minute change of plan. Lewis’s Manager had requested we swap the two Super Blasters for four Swirl Fans which would be rigged in the ceiling above the stage.

We’re accustomed to a few last minute changes, so we set to the task of switching the products. We had several swirl fans out on a long term hire leaving us with only two in stock. Fortunately, the SFX industry is a friendly one, with many companies willing to cross hire kit to each other. Thus, we called up one of our friends who had the product available for us to borrow. We then had to alter our paperwork (Risk and Method Statement) and re-submit this to the venue for approval.

Everything was agreed with the switch and we arrived on site to set-up for the afternoon rehearsals.

The show was a huge success, all thanks to Lewis’ outstanding performance. Our indoor pyrotechnic effects were a nice addition and created some beautiful photo opportunities.

If you’ve not heard of Lewis Capaldi yet, then you will soon – he’s destined for great things! 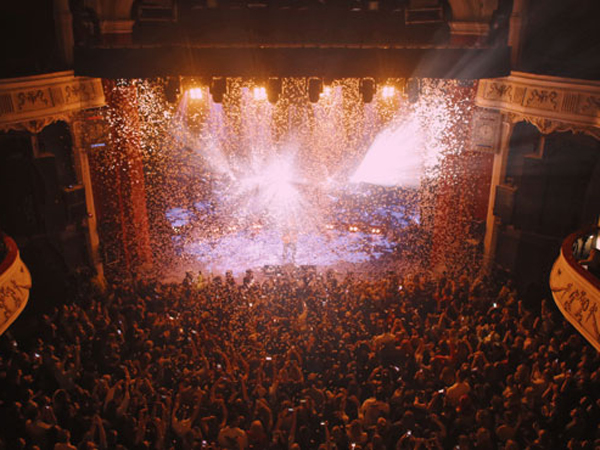 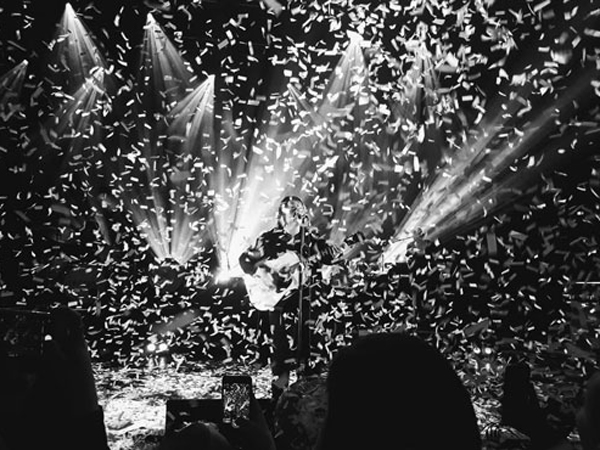