Lakeside Shopping Centre was celebrating 25 years in business and INTU wanted to mark the occasion with a party for their staff. They had a function room available overlooking the lake in the restaurant area of the complex and they called us to see if we could provide an after-dinner entertainment piece.

We had previously worked at Lakeside providing Dancing Fountains for a winter installation, and Fireworks for their Christmas Lights Switch on. So, we proposed a dancing fountain display with a firework finale.

We knew the site well from our years of working at the shopping centre, however, this job had a significant difference.

Our previous displays had been either fireworks or fountains which took place in different locations. The event required both products to be fired at the same location, the lake, so we had to find a new solution for the fireworks.

The lake was surrounded by restaurants on two sides and neighboring properties/roads on the other sides, so there was no available space on the edge of the lake.

There was a small jetty that ran from the boardwalk down to the water, where pedal boats operate in the summer months. We identified this as an opportunity to launch the fireworks, so we asked the client if we could have permission to use it and they agreed.

It was a small area to work in, but we were only planning a 90-second firework finale so we didn’t require too much space.

We produced a beautifully choreographed dancing fountain display, choosing music from the past 25 years played in chronological order. Much of the display was also colour-coded to match the INTU branded colours.

The firework finale came as a real surprise to the audience who were watching from a raised balcony, so many of the fireworks were exploding directly in front of them rather than them having to crane their necks to look up.

Judging by the huge cheer we received at the end, it was enjoyed by all! 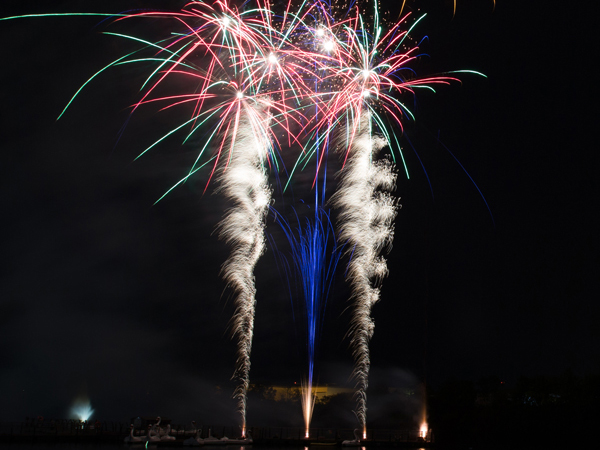 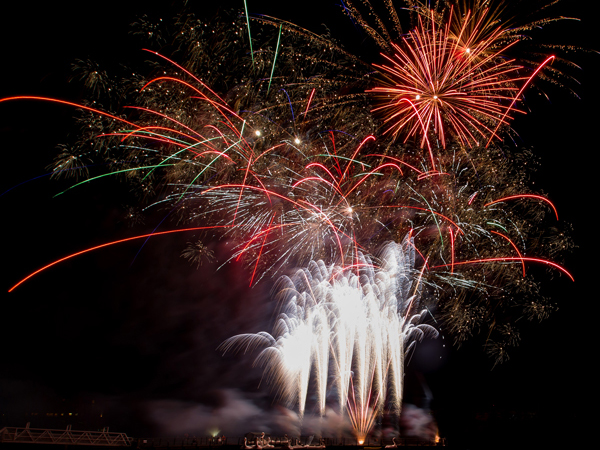