This case study is quite unique because our client wanted to use our services inside a stadium that had banned the use of pyrotechnics. For this reason, we had a very big hurdle to overcome before we could even get started on the challenges which were to come.

The Aviva Stadium is located in Dublin and was built to replace the Lansdowne Road Stadium – the new home to the Irish Rugby Union team.

When the stadium was opened in 2010, a local company provided some SFX, but unfortunately they were of poor quality, not designed for such an environment. The pyrotechnics produced a large amount of smoke which hung around in the stadium bowl and caused the kick-off to be delayed. This resulted in pyro products being banned from all future matches.

The ban stayed in place for three years, during which time the Ireland Rugby team saw the other Home Nations putting on huge pre-match entertainment, all of which became a real spectacle of the 6 Nations tournament.

The Irish Rugby team, having watched so many of these displays which were completed without issue, decided that they should look again at the use of pyrotechnics in the stadium. They called us up to discuss what could be done.

We explained what the issue was and used videos and images to show the difference in performance between high and low-quality products. It was soon apparent that our specialist zero debris, low smoke pyrotechnics produced significantly less smoke than the product which was used for the opening match.

The stadium was bought into the explanation but they wanted a live demonstration as well, so we of course obliged. This is when the project became really complicated for us, as there are significantly more laws and controls regarding the use of pyrotechnics in Ireland than in the UK. There was the issue of getting the pyrotechnics across the sea, finding storage, as well as applying for the relevant licenses.

We found a local company in Northern Ireland who could assist us and we worked with them to overcome all the logistical problems.

The test was a success and the National team was happy to proceed with both pyrotechnics and flame effects. We fired pyros from pitch level and also from just inside the stadium roof on the lighting gantries.

There have been no further delays to kick off and now the pre-match entertainment is second to none. 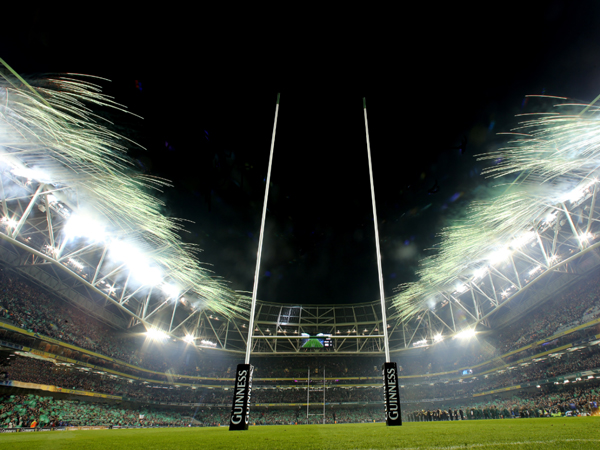 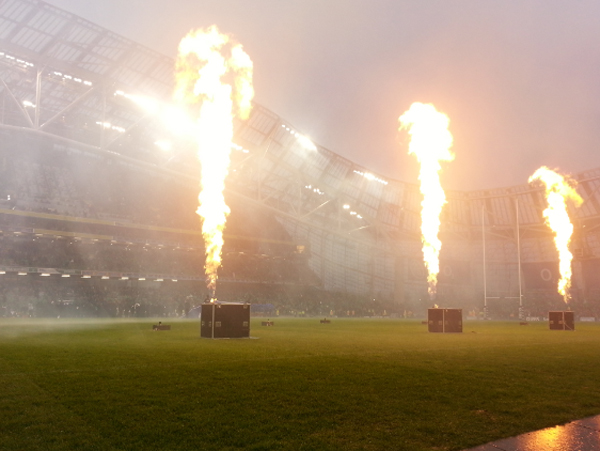 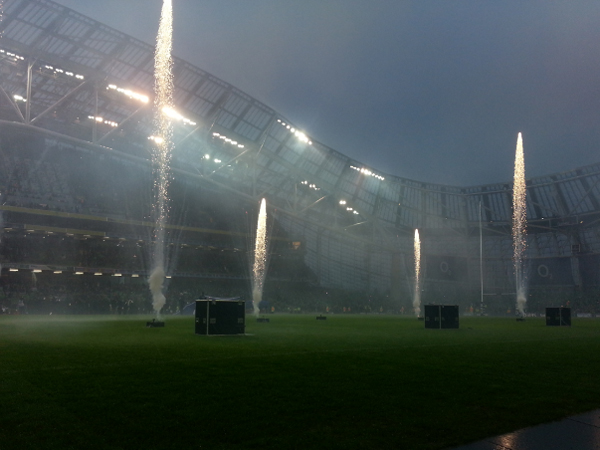