Liverpool F.C. were playing a pre-season match at Murrayfield, Scotland’s’national stadium in Edinburgh. They were keen to add some special effects to enhance the team entry onto the pitch.

The request was a relatively simple one from most angles. Murrayfield is a stadium we’ve worked at on countless occasions and the combination of flame effects was straightforward.

The only issue was product and key personnel availability. The request came in from Liverpool at very short notice, around one week prior to the match. Whilst this is not uncommon or usually a problem, on this occasion the request fell on one of our busiest weekends of the year.

We already had arranged three days of the UK’s Strongest Man in St Albans, a local firework display to celebrate the anniversary of the Comet Aeroplane in Hatfield, the Women’s Under 19 European Championships in Glasgow, The Rugby League Challenge Cup Semi Final’s in Bolton and the Champion of Champions show for Britain’s Got Talent in London.

Liverpool F.C. were a new client, so we didn’t want to miss the opportunity to work with them, but also very importantly, our Commercial Director is a life long fan of the club and he certainly wasn’t going to say we were too busy.

We had the equipment to complete the job, it was just staffing that needed to be tweaked. We had to do a lot of reshuffling to ensure that we had the correct staff and skill level at each job, but after various scenario’s being considered, we found one that worked and we informed the client that we could be there for the match.

The team heading to Bolton were already half way to Scotland, so rather than return South for a different event on the Sunday, they travelled North after the Challenge Cup. A separate team was brought in to cover the Strongman and we were good to go.

The football result was best forgotten, Liverpool losing 3-0 to the Italians, but it was still a great day out for the capacity crowd. We also enjoyed the best of the Scottish weather which made a pleasant change as the majority of our work at the stadium takes place in November and February, so we took advantage of the calm and dry conditions. 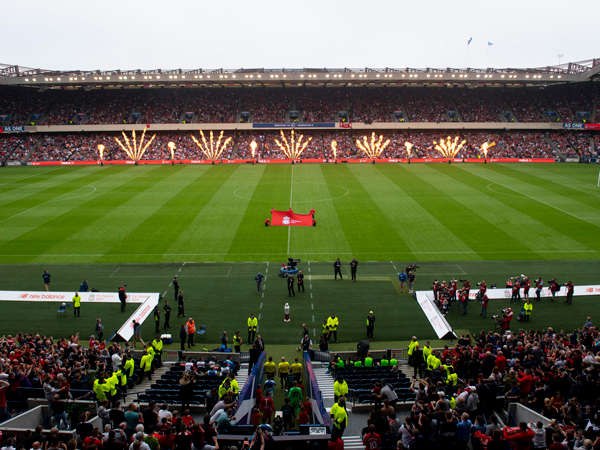 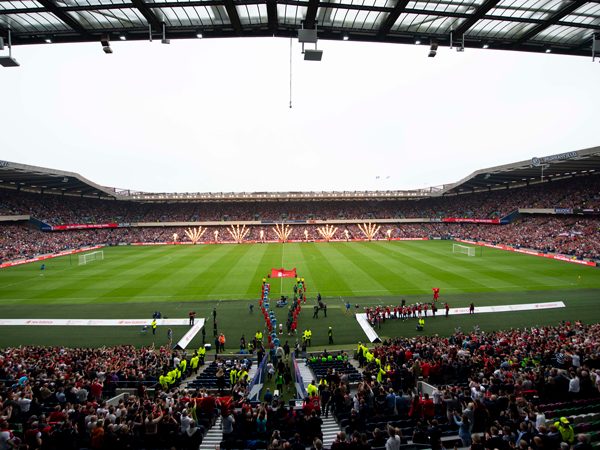 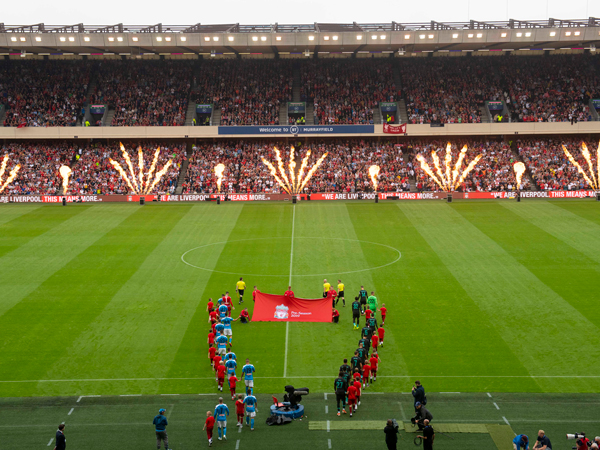