With a #1 album in over 100 countries and sold out worldwide tours, Justin Bieber is a global superstar. Success like this means Justin deserves his place in the world famous Madame Tussauds attraction in London.

Justin’s exhibit is inspired by the jaw dropping climax from his tour – the experience will include the recreation of the spectacular rain shower finale and that’s where we were asked for our expertise.

Having free flowing water in a live exhibition with the general public passing through is always a concern for event organisers.

We have designed the Rain Curtain to virtually eliminate any splash, however, this was a semi-permanent installation running for 8-10 hours a day with thousands of inquisitive children who would be looking to put their hands in the water (which would then disturb the falling water).

We developed a two pronged solution:

The Justin Bieber Rain Curtain exhibit was a great success, attracting thousands of visitors to the London attraction. The sensor and tank did their jobs and the water was contained so that the exhibit was able to remain open throughout its stay.

Following its success in London, Justin was moved to Las Vegas, but unfortunately we didn’t get asked to complete that installation. 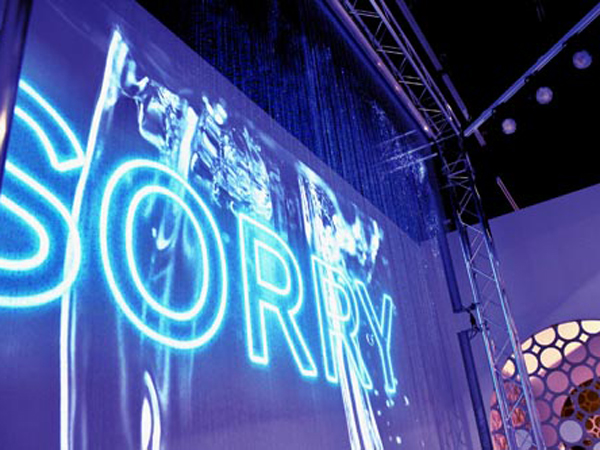 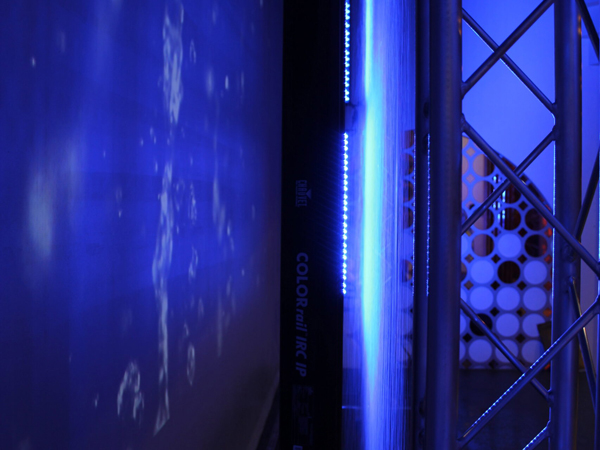 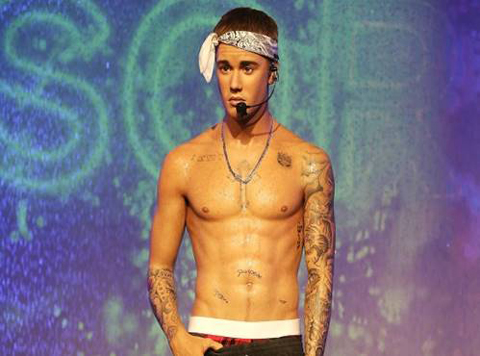