Following the success of our special effects at The World Championships, the PDC asked us to join the Premier League Darts Tour – a 16-week tour with matches played every Thursday from February through to May.

The tour travels the whole of the UK from Exeter in the South West up to Aberdeen in Scotland, as well as events in Dublin, Belfast, Berlin and Rotterdam. We would provide our Sparkular effects on the stage for key moments in the match, specifically the player entrance onto the stage and the completion of the match.

The player entry is given special attention and hype at these events, its very similar to a boxing match where the two challengers enter the arena ready for battle. Each player starts their walk from within the seating area surrounded by cheering fans. Each player has their own personally chosen song which is played during their walk down towards the stage, before ascending the stairs where they turn and wave to the crowd. At this point, we fire the Sparkulars to add an extra element of excitement to the arena.

The main challenge here was being able to work within a tight budget to make the effects affordable for the client. One of the most significant costs would be the transportation of the equipment to each of the 16 venues. The utilisation of the Sparkular also had to be considered because this event would require all of our stock of Sparkulars for 4 months 1/3 of a year. This would potentially cause issues in supplying other events with Sparkulars during that time, particularly weddings where it might be difficult to get the kit back in time for the weekend.

We came to an agreement that the units would be shipped from venue to venue by the event organiser, enabling us to use local crew from our pool of freelancers around the UK, or one of our team could simply get a train or plane to whichever city the tour was in next. This would not have been possible if we’d had to transport all the equipment and also helped our client keep the costs down, whilst saving us countless miles on the road – a win-win!

We also decided to invest in some extra Sparkular equipment to enable us to cover this tour with dedicated units, including a spare unit in case we had any technical issues. This enabled us to leave enough kit at our office to complete our other work commitments.

We are in the 3rd year of working with the PDC and have a great working relationship with the whole team, having completed well over 100 darts matches without issue and ensuring great consistency across all of their events.

The Sparkular looks particularly impressive when shot in slow motion and there are always multiple cameras at the event, so it never fails to feature on TV – in-particular the replay montages of each match within the weekly recaps. Initially, when we first started we were relying on audio cues from the producers through the radio – we now have helpfully been provided with our own screen showing live footage so we can check for ourselves that we’re in shot to achieve the perfect timing. 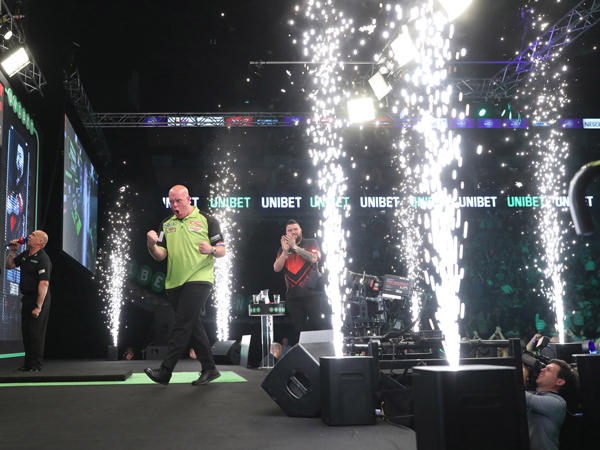 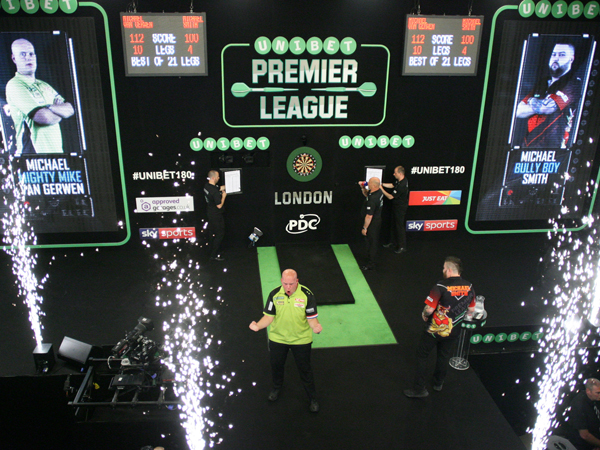 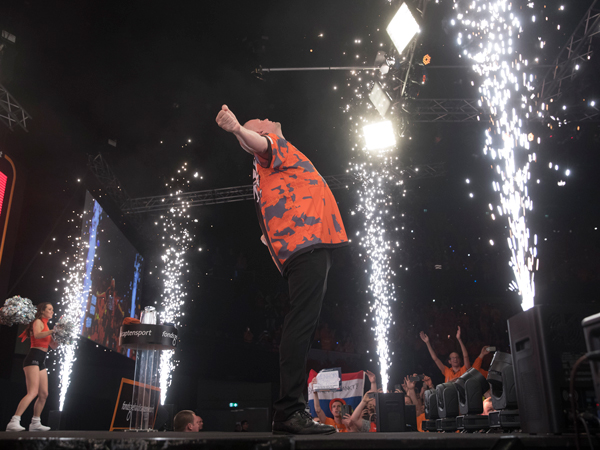