The Premier League work alongside a charity called Stonewall in promoting equality and diversity in sport, ensuring that everyone feels safe and welcome, irrespective of sexual orientation or gender identity. The campaign is called Rainbow Laces and takes place across two Match weeks so as to cover home fixtures for all the twenty clubs in the league.

At each game, players will wear special laces on their boots, and plinths, substitutes boards, corner flags and the LED perimeter boards at the stadiums will be multicoloured to highlight and showcase the campaign.

Wolverhampton Wanderers wanted to go a step further and asked us for some ideas to see how we could further enhance the campaign as part of the pre-match entertainment. We came up with two suggestions which the club loved and we put them into action for the game against West Ham.

The first activation involved utilising our beautifully branded flame cases. Our flame columns have WOLVES text on the side and WOLVES logos on the front and back, all in the famous team colours. We replaced the orange front cover, with striking rainbow coloured hoops.

The second activation involved us incorporating some of the rainbow colours into our flames. Our propane flames are only capable of creating a standard orange coloured jet of fire. However, our liquid flame system which usually burns Isopropanol can be filled with a specialist fuel to create a range of coloured jets.

The Rainbow Laces campaign at Wolves was a massive success, that was for sure. We had eight of the branded flame columns, four positioned each side of the tunnel to create a bright wall of colour that greeted the teams as they entered onto the pitch.

On the far side were five of our giant flame units, creating a stunning wall of coloured fire in purple, green, orange, red and blue.

All the elements were captured by the TV cameras to further highlight the campaign to all the fans watching on TV. 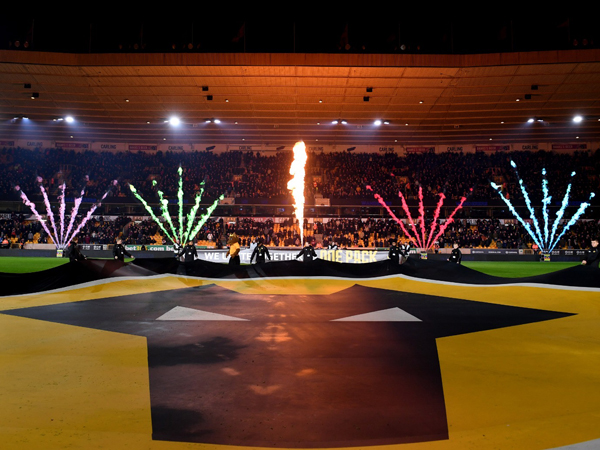 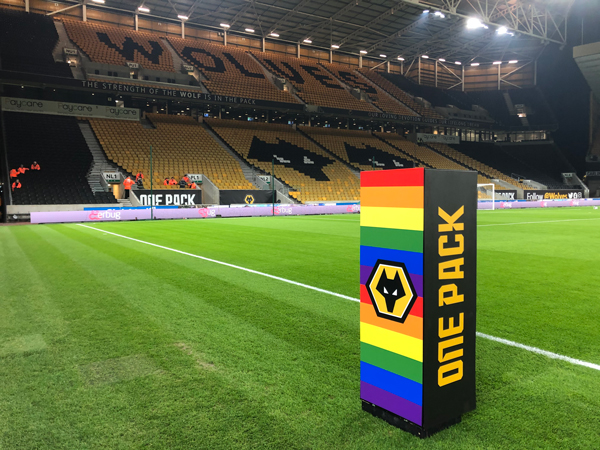