We were approached by Marble Events to assist them with a lavish 18th Birthday Party Celebration being held in a marquee. Their idea was to create a large Rain Curtain which would fill the entire width of the marquee, circa 12 metres to create a divide between the dining area and the dance-floor.

We’ve been asked on a number of occasion to create a similar feature, sometimes as an entrance feature where a section of the water can turn off and allow people to walk through. This can be done using a grated deck built over the tank, however this solution often provides a stumbling block being that high heeled shoes and grated decks don’t go hand in hand.

So, the grated deck option was discounted but the team at Marble were keen to make the feature a central part of the event, so we took a slightly different approach.

We built two separate Rain Curtains, leaving a small 1 metre wide gap in the middle. In this gap, a small bridge was positioned giving the feel of it crossing the water. We maintained the support truss structure all the way across the top of the feature which was decorated with trailing plants and ivy, giving a feel of being one large continuous feature rather than two separate ones.

Our client Marble and the birthday girl absolutely loved it, describing it as “epic”. The party lasted all night with the water special effect operating throughout. 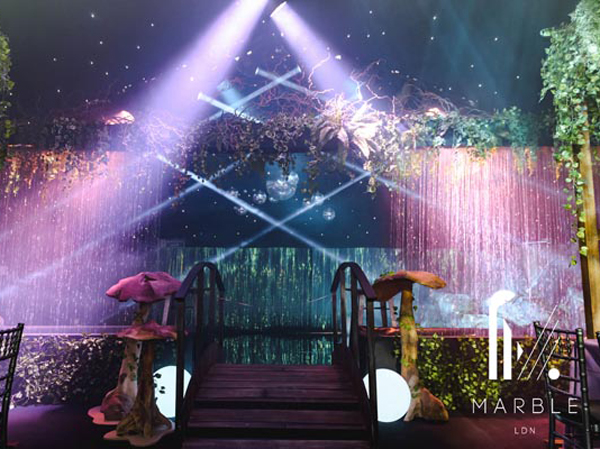 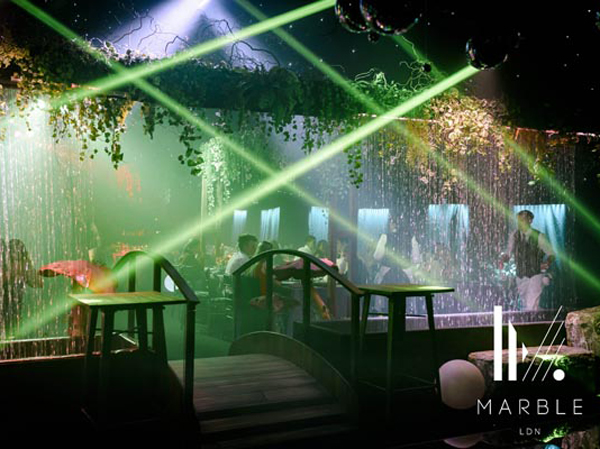 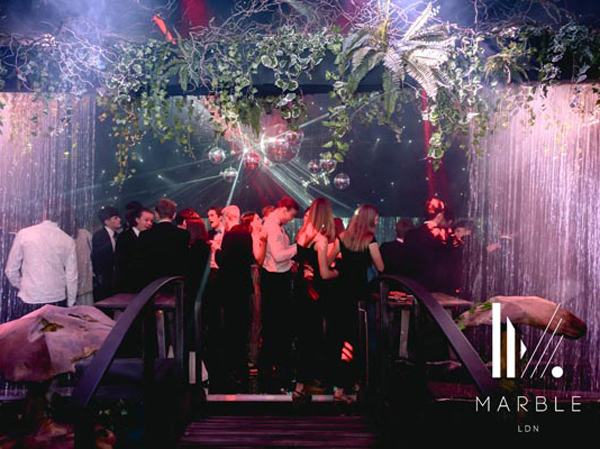