Tion Wayne, a hip-hop and rap star from London approached Entertainment Effects with the idea of utilising a range of special effects including Sparkular and CO2 Effects at his sell-out KOKO gig in Camden.

The artist had a lot of collaborations and performed each song with another artist, or on some occasions, a large supporting group. This meant that the stage was jam-packed at times and affected our team’s ability to fire the products as previously planned.

The artists were also extremely enthusiastic, jumping around energetically all over the stage, and often entered our safety perimeter and made direct contact with the equipment.

We had to abandon the agreed firing plan and instead look for safe opportunities throughout the performance in which the effects could be fired. There was usually a clear moment at the beginning of each song, as the supporting artists would join from the rear of the stage. Each effect was located right at the front of the stage too, so there was a clear firing zone at times.

We managed to fire both the Sparkulars and CO2 effects safely throughout the event to enhance the show. The crowd and performers enjoyed every moment, and the images prove it! 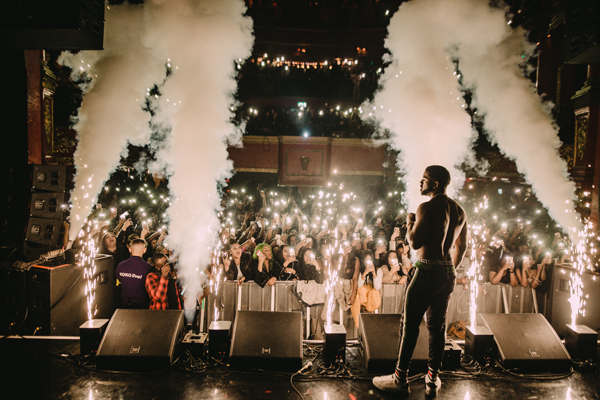 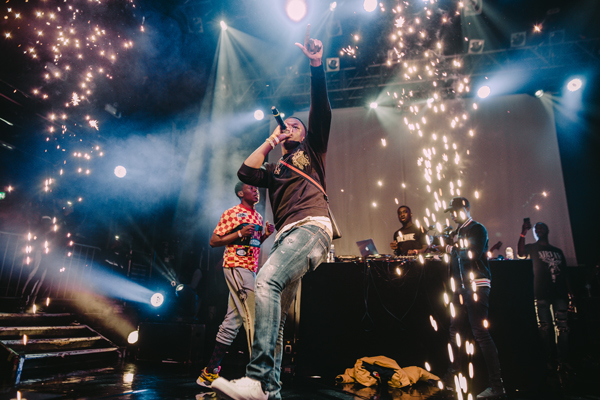