Canary Wharf has developed an award-winning light event, which transforms the business district with 25 spectacular installations, brightening up the dark winter evenings in January. The spectacle showcases innovative artists from across the globe who showcase light art and interactive features. The best thing about the whole event is that it is absolutely free, so if your bank balance has still got a Christmas hangover then take the family down for an explore.

We faced three main challenges during this event. Firstly, the majority of our fountains at similar events such as Christmas at Kew are floated in large lakes, so when we completed a site visit for this job we were pleasantly surprised to discover that there was an existing fountain which the client wanted us to ‘upgrade’ for the event. The fountain was shallow and provided very easy access so we thought the installation would be much easier than our standard jobs.

That being said, things were not as simple as expected, and we soon discovered that the existing pool of water was not flat and that it sloped from the edge towards the centre. The base of the pool was also very slippery, so simply placing the pumps directly on the floor resulted in them moving from their intended position.

The second issue revolved around the weather, it was very windy throughout the installation day so we put the fountains on a low setting to avoid too much spray being created, which could soak passers-by.  A few days later at the launch event, during better conditions, the management team were underwhelmed by the fountain and had hoped it would be much larger.

The third issue was linked to the music selection and the programming of the fountain. We had agreed on the music and timing with one member of the Canary Wharf team, but when other members saw the show at the launch event they wanted to make changes.

We simply had to adjust a valve on each pump to increase the size of the jets, and we requested that the management team come to choose the most suitable height and consider the potential for splash landing outside the pool. They wanted the fountain turned up to the max, so we duly obliged increasing the height by circa 3 times.

There was a mixture of opinions on the music which had been chosen, which is a common issue across all manner of events. Everyone has very individual tastes when it comes to music so it’s hard to please everyone.

Certain songs are best suited for the Dancing Fountains – ones of a certain speed with very defined beats so we can synchronise the jets. This had to be explained to the client and once they understood the reasoning behind many of the choices, they understood the rationale. They had requested some gaps of several minutes between songs and revolutions of the music but when they saw it in real life they decided the gaps were too long. The whole show had been pre-programmed to their initial requirements so it was not a straightforward amendment.

We always want to delight our clients and its not always possible to get things right the first time, so if we can spend time to make amendments then we always endeavour to do so.

The fountain was tripled in height, to the delight of the client – really making it a statement attraction!

We made some changes to the music tracks and reduced the gaps between segments, and everyone was delighted with the installation (so much so that we were invited back to repeat the installation the following year). 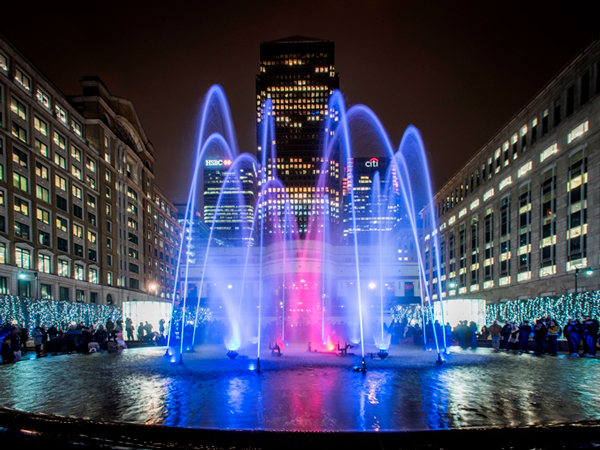 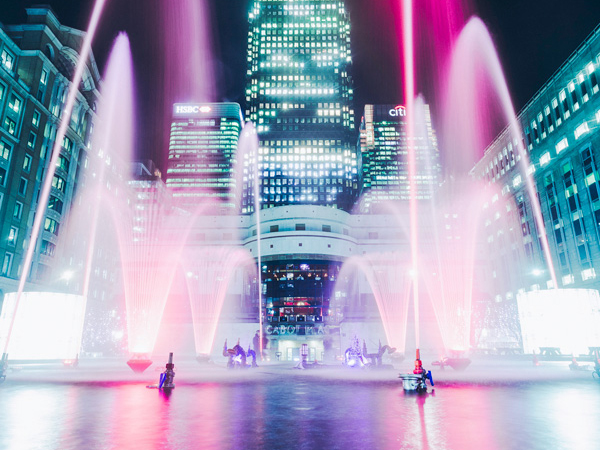 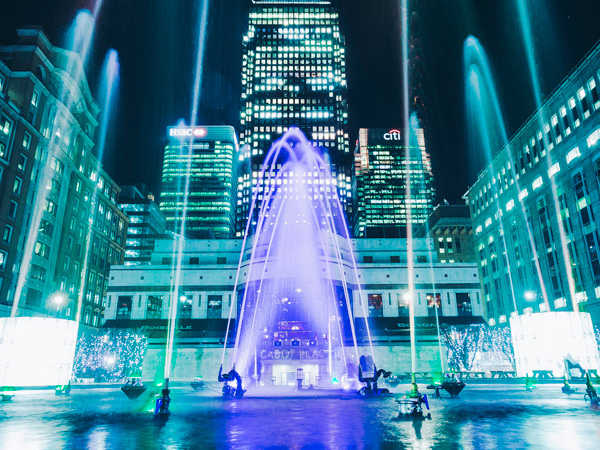