How Special Effects in Movies Have Progressed Over Time

Special effects in TV and film have come a long way since the dawn of the first moving pictures, back in the 19th century. What they all have in common is a determination to convey the incredible, using ingenious techniques to portray all manner of awe-inspiring places and events.

To see how things have changed since the early days of film, let’s take a look at how special effects in movies have progressed over time. 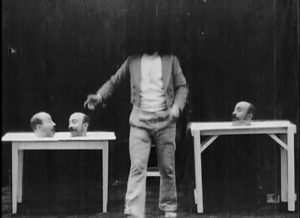 In the early days of film, movie making was a laborious process. That didn’t stop directors from experimenting with special effects, and the earliest examples of SFX in film date back to the 19th century. Experimentation by pioneering illusionist and film director Georges Méliès led to several new special effects in movies, including multiple exposure (a great example is 1898’s The Four Troublesome Heads, where the same actor is featured in different layers of film) and film colourisation, hand-painting black-and-white film to enhance the picture. 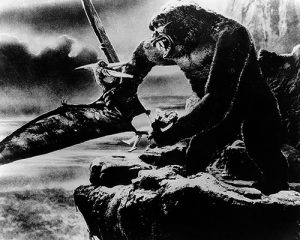 Stop motion effects in movies are a labour-intensive but effective way to create out-of-this-world characters with a 3D feel. A relatively early example is that of King Kong, back in 1933, which mixed stop motion with live action to great effect. Although we now have the ability to create special effects in TV and film much more easily, stop motion remains popular; think of the enduring attraction of the Wallace and Gromit movies for a modern-day example.

Animated cartoons have always been a hit, especially since the advent of Walt Disney’s studios in the 1920s. Animated movies became mainstream with the production of Snow White and the Seven Dwarves in 1937, and they have never lost their appeal.

The advent of CGI

As computers became more powerful, special effects in movies moved into a new era. Rather than relying so much on real-world SFX, many of the astounding effects you’d see on the screen were added in artificially at the editing stage – with effects commonly known as VFX (computer generated video effects.) This allowed for much greater freedom and scope and led to some really adventurous movies being made that just wouldn’t have seen the light of day in the pre-computer era – see our blog on VFX and SFX to discover more.

Special effects in the 21st century

Special effects in movies today can be truly impressive. In 2015, a bear attack featuring Leonardo DiCaprio in The Revenant left movie-goers wondering exactly how the sequence had been created. The answer? A combination of live action, blue screen effects and lots of careful planning.

But, however advanced our modern VFX technology, often the best effects involve an element of real-life, mechanical wizardry. Check out the Doof warrior’s flame-throwing guitar in 2015’s Mad Max: Fury Road for an example of live action pyrotechnics used to amazing effect.

Entertainment Effects specialise in special effects and lighting for TV and film productions. Contact us for a chat about what we can do for you.