Sports Events in 2019 That You Need to Watch

2019 is set to be another great year in sport! Clear your diary, book time off work and enjoy some of the biggest events of the year in football, cricket, netball, tennis and more. Check out our roundup of the major sporting events that are happening in 2019.

The 172nd annual Grand National is scheduled to take place on 6 April at Aintree Racecourse. Will you pick a winner in 2019?

The first football events on the sporting calendar for 2019, this year’s FA Cup Final and women’s FA Cup Final will both take place at London’s Wembley Stadium in May. Always a highly-anticipated event, the FA cup is the oldest football tournament in the world. This year the women’s final will take place on 4 May, followed by the men’s game on 18 May. 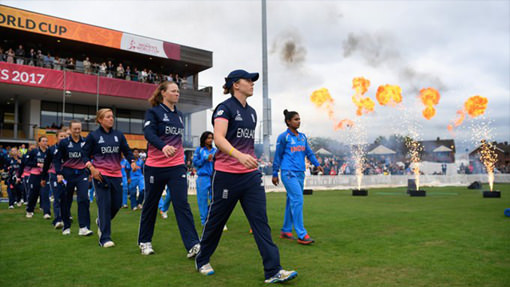 May to July: Cricket World Cup

The Cricket World Cup 2019 will take place at venues throughout England between 30 May and 15 July. Back in 2015, Australia won by 7 wickets: can host country England achieve a victory this time around?

It’s always exciting to have a new sporting event to look forward to you, and the inaugural UEFA Nations League Finals promise skill and suspense by the bucketload. England, Portugal, Switzerland and the Netherlands will fight it out to be the first to win this prestigious new football tournament. Semi-finals will take place on 5 June, with the third place play-off and final both happening on 9 June.

The tennis championships at Wimbledon run from 1-14 July 2019. We don’t yet know if Andy Murray will make an appearance – but whatever happens, this year’s competition is sure to be full of drama and suspense.

Don’t miss the Netball World Cup 2019! This underrated sport is fast-paced and exciting, and the world’s best players will gather in Liverpool for the World Cup from 12-21 July. Sessions will all take place in the M&S Bank Arena at the ACC Liverpool.

Northern Ireland will host the 148th Open championship in 2019, which takes place at Royal Portrush from 18-21 July. It’s only the second time that the competition will take place outside of England or Scotland. 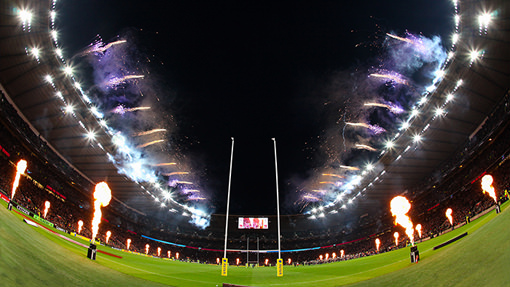 Taking place a little further away than most other events on our calendar, this year’s Rugby World Cup will be hosted by Japan, with matches held at stadiums around the country. The opening match, between Japan and Russia, will kick off on 20 September, and the final will be held on 2 November. If you can’t afford the air fare, rest assured the event will be televised and shown on ITV.

Are you organising a big tournament in 2019? Create a sense of excitement and occasion at any sporting event, with special effects from Entertainment Effects. From pyrotechnics to confetti, we’ll help you build up an electric atmosphere in the crowd.