The Difference Between VFX and SFX

Both VFX from SFX can produce a stunning visual effect, but they’re created in very different ways. Read on to discover the difference between VFX and SFX. 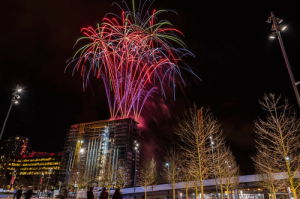 If you’ve ever wondered about the crazy life of a stuntman, it’s SFX you’re thinking of. This is where the effects that you see on the screen are produced in real life and captured on camera – think explosions, fireworks and pyrotechnics, where someone on location has actually lit the fuse.

Before the advent of film editing software, special effects like these were used (and still are) to produce the end result on cinema and TV screens.

We should probably disclose our allegiance here. At Entertainment Effects, we’re SFX specialists, creating stunning pyrotechnics, flame effects and other amazing effects for all kinds of events. We’ve worked on some of the biggest British television programmes including ITV’s Saturday Night Takeaway, Britain’s Got Talent and Midsummer Murders. 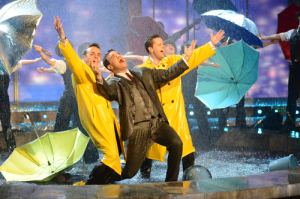 If you’re planning a smaller scale event (whether it’s a product launch, instore promotion, corporate award ceremony or something similar), SFX becomes a far more affordable option. VFX is only really used at the top end of productions for those who are directing the next big Hollywood blockbusters.

So, if you require special effects for your next big event, just contact us to discuss your requirements.

The difference between VFX and SFX is simple; with VFX, the effect you experience when watching the movie was actually added in after filming, in the editing suite.

VFX (visual effects) are omnipresent in today’s movies; you’d be hard-pressed to find a Hollywood film made in the past 20 years that didn’t make use of them. That being said, film buffs also reckon VFX has its downsides. A movie that’s over-stuffed with computer-generated action will feel superficial and detached, whereas authentic SFX done well will shine through the screen. Actors relying on green screen backgrounds lose their connection with the scene, and many find it much more difficult to work in this way. A proliferation of VFX can also lead to a host of poorly-made movies, propped up by technology rather than the quality of the acting.

VFX aficionados should take heed of the problems inherent in too much computer-generated movie magic – it’s important to know when to stop. As with many things in life, the best action movies will probably use a bit of both techniques.